Nationwide survey highlights bullying as a concern in the perioperative workplace 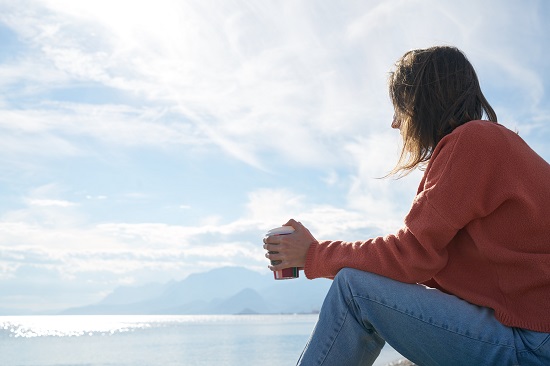 Nationwide survey highlights bullying as a concern in the perioperative workplace

A second survey carried out by the Association for Perioperative Practice (AfPP) has confirmed what has long been suspected, that bullying is an area of concern within the operating theatre and associated areas. AfPP’s first survey, at the end of 2019, asked a series of questions relating to culture and behaviour within the perioperative environment, and highlighted that 86% of responders felt concerned about staff wellbeing and the effect it is having on patient safety. The results indicated that bullying is a significant factor raising their concern.

Dawn Stott, CEO of the Association explained: ‘As an organisation we take patient outcomes and the wellbeing of all perioperative practitioners very seriously.

‘Our Caring for those who Care Campaign looks at how best to improve negative cultures and challenging behaviours within the operating theatre as well as raising awareness of the impact on patient safety.

Whilst we realise that not all perioperative environments are the same, with so many people in our first survey expressing concerns about the effect staff wellbeing and bullying are having on patient safety, we felt we needed to conduct a second survey to dig deeper into the challenges some theatre practitioners are facing’.

According to the second survey of nearly 700 theatre practitioners, a staggering 96% of responders have witnessed some form of bullying in the operating theatre or perioperative team with 89% stating they have been a victim of bullying themselves. Being undermined in the operating theatre was highlighted as a significant issue with 70% of participants saying they have witnessed colleagues being subjected to this behaviour and 56% experiencing it personally.

What’s more, of those who took part, 36% have felt humiliated in the operating theatre with the survey highlighting a number of different bullying and challenging behaviours. These include views and opinions being ignored, being overloaded with work, being ignored or excluded, and having information withheld. A shocking 50% of responders have been shouted at in the operating theatre and 47% of participants have witnessed colleagues being sworn at.

Considering these findings, it is perhaps not surprising that an alarming 79% of participants said they have witnessed an abuse of power and position toward a colleague from a more senior member of staff with 63% personally experiencing this behaviour.

Commenting on the results of the survey, Louise Ashton, marketing lead at AfPP said: ‘These findings paint a concerning picture. What’s more, when asked whether they would feel able to intervene or report an incident of bullying, 56% or responders said they would not with 49% feeling that it would not make any difference to the behaviour and 37% not wanting to because the bully was more senior than they are. People felt that it would make them a target and more likely to be bullied again, believing that reporting an incident would make it worse. 17% of responders were scared that intervening or reporting an incident could lead to them losing their job.’

It is no surprise that the negative behaviour theatre practitioners have witnessed either personally or towards another member of the team effects their personal wellbeing. The  most common effects are that they feel anxious, distressed and worthless. Responders also reported that the behaviour can make them feel depressed and physically ill.

Dawn added: ‘In the survey, 51% of participants said that they believe their organisation’s culture directly promotes and enables bullying behaviours through intimidation, poor leadership and dysfunctional teams. It is very concerning that in some workplaces, bullying seems to have almost become an accepted part of the perioperative culture.

The independent, anonymous online survey was completed by over 700 theatre practitioners from across the UK. It forms part of AfPP’s Caring for those who Care campaign which looks at how best to improve negative cultures within the operating theatre as well as raising awareness of the impact on patient safety. The campaign is a core focus for AfPP throughout 2020 and the Association has already taken steps to address some of the issues raised, including developing a partnership with Big White Wall, an online mental health and wellbeing service, and launching a series of webinars to tackle some of the concerns.

More information about speaking up can be found at National Guardian Freedom to Speak Up at https://www.nationalguardian.org.uk/.