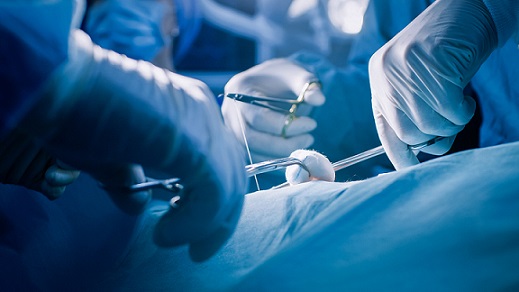 “Communication” is one of the biggest and most complex issues in healthcare right now. In fact, it’s such a big concern that according to the National Institute for Health Research it’s beginning to concern patients too.

However, there’sgood news– some healthcare professionals - both in and out of the operating theatre – have come up with small ideas that have made a HUGE difference.

If you have any doubts that a small, simple idea can make a big difference then we have four words for you: “Hello my name is…”

The majority of healthcare workers are aware of the “Hello my name is…” campaign and even wear the badges, display the posters, and have the logo on email signatures.

Even if you’re not familiar with all the background, you will know the impact it has made on encouraging healthcare professionals to be more compassionate when communicating with patients.

It’s always about the little things

The campaign focused on the “little” things such as introducing your own name when speaking to a patient.

And focusing on one simple thing helped to make a huge impact - it was endorsed by hundreds of thousands of staff, over 90 NHS organisations and recognised by the government and significant healthcare leaders.

This small idea was inspired by a great leap in empathy when geriatrician Kate Granger went from being a professional to a patient. In 2013 she had been given the news that her cancer had spread. But her diagnosis was delivered in such an impersonal manner that she was motivated to make a change - she began campaigning on social media using the hashtag #hellomynameis.

And all it took was one small change.

Making assumptions rather than introductions

A similar idea was developed to improve communication between theatre practitioners.

Rob Hacket, an Australian anaesthetist, became frustrated with communication issues in operating theatres. One day he had been called to a cardiac arrest, where it had been assumed - because he was anaesthetist - that he would co-ordinate the arrest.

In the operating theatre, these kinds of misunderstandings can make the difference between life or death.

And so, in 2017, it inspired Rob to write his name and role on his theatre cap and challenge others to do the same.

Over in Lancashire, student midwife Alison Brindle also picked up the idea and helped to create the #TheatreCapChallenge hashtag which made the idea go viral.

The campaign has spread and has been presented at conferences and endorsed by professional associations. Its effectiveness in improving communication has also been backed by strong evidence.

As commented in The Operating Theatre Journal: “Displaying your name and role is not going to be worse for patient care. It will be better. It takes no effort on your behalf - in doing so it sends a strong message to others - I am prepared to change and support an environment and culture which welcomes positive change for patient safety. This culture won't appear on its own.”

The simple idea has also had some unexpected environmental benefits, such as encouraging staff to dispose of fewer caps. As long ashygiene standards are maintained, evidence suggests that there is no difference in infection rates between reusable cloth caps (which people personalise) and disposable caps. It is important however that hygiene standards are complied with, so please consult your trustfirst before any introduction.

An event that should never have happened

Another inspiring story: Rob Tomlinson had been a scrub nurse since 2008 and had an ‘unblemished’ CV for almost a decade. Then, in November 2017 he was involved in a never event.

“Witnessing how staff react when serious incidents happen was not improving staff morale or patient safety - I wanted to do something about that,” he explained at a patient safety conference two years later.

He investigated the incident looking for causes, rather than seeking blame.

He concluded that operating theatres can be especially noisy environments, which can interfere with important tasks. He also found that due to social hierarchies, junior staff members felt unable to ask for quiet when they needed to concentrate.

High pressure at low altitude - The ‘Below 10,000 Feet’ Initiative

Rob became inspired by an idea proposed by John Gibbs and Pete Smith, two Australian Clinical Nurse Specialists, which they borrowed from the world of aviation.

When taking-off and landing, pilots need to focus and so stop any unnecessary conversations or noise. So, for pilots everywhere ‘below 10,000 feet’ means it is time to be quiet.

As Rob explains after winning a hospital safety initiative award in 2019: “Using 10,000 feet means anyone working in the operating theatre can say the phrase ’10,000 Feet’ at any time before, during or after surgery, signalling to other staff the need for a quiet environment to concentrate totally on the task at hand.”

It has proven to be quite straightforward and effective, meaning it is easy to employ in any operating theatre environment. Although it is still quite new, the initiative has been praised by the Care Quality Commission and Rob has been spreading the idea at conferences and on social media.

But this is just a starting point. Hopefully, these ideas will inspire you and your fellow perioperative practitioners to credit yourselves for the little ideas you have that make a big difference to staff and patients.

Got any inspiring and simple ideas that can improve patient safety? Share them with us on social media @SaferSurgeryUK or email pr@afpp.org.uk.